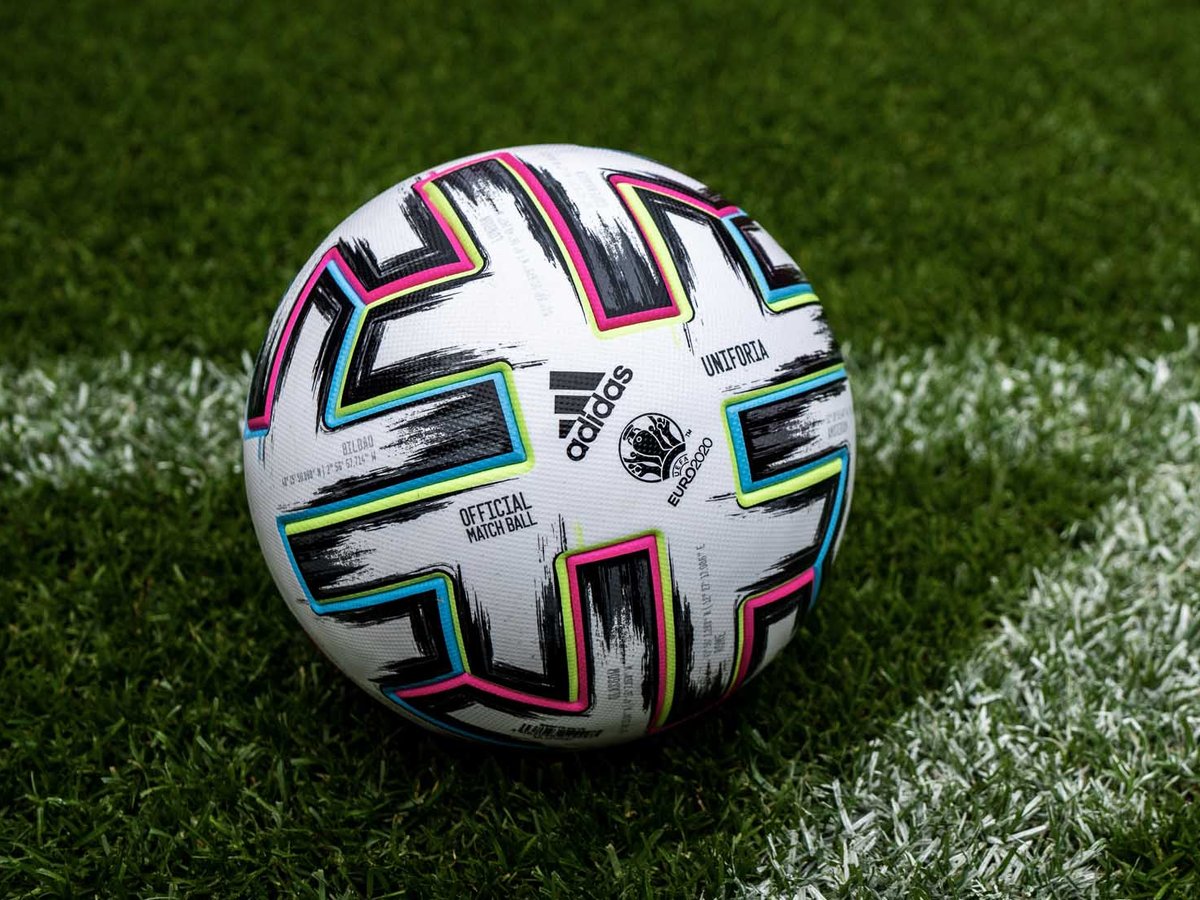 "There is great pleasure in being able to bring EURO 2020 to so many countries and cities, to see football acting as a bridge between nations, and to carry the competition closer to the fans, who are the essential lifeblood of the game" says UEFA president Aleksander Čeferin.

To mark the 60th anniversary of the championships, the UEFA European tournamentwill be held for the first time in 12 venues across the continent. This 2020 unique game format bring exceptional opportunities to the soccer world as well as Simply Jet. 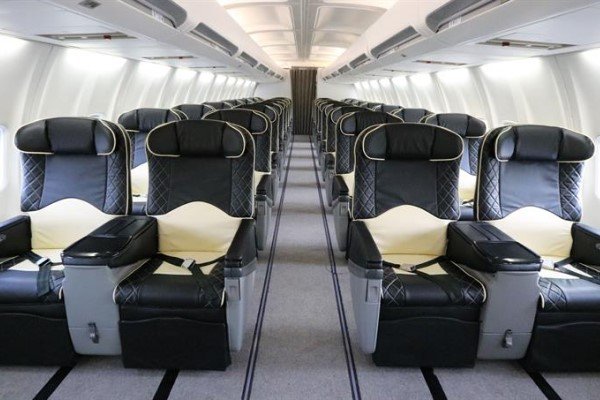 Athletes have very specific needs. Our priority is to organize impeccable trips for the teams, taking into account their constraints while respecting the different UEFA protocols. Time is precious for each of the teams, which is why we provide an aircraft several hours before departure to facilitate loading. We are familiar with the unique logistical intricacies involved in packing specialist sports equipment and the time it requires. We will also work with the team’s nutritionist to make sure the food offered aboard the plane is in line with the training regime. 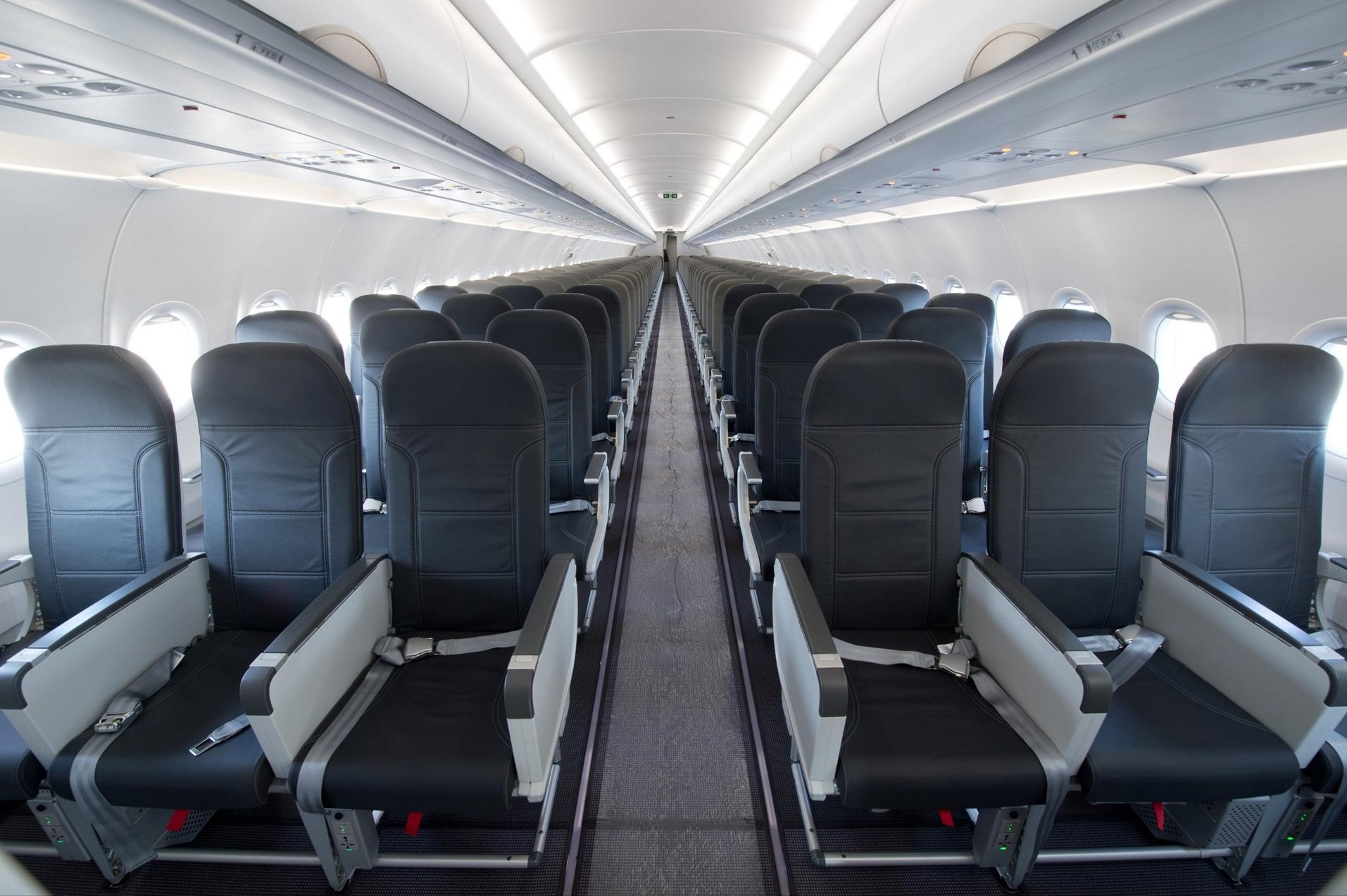 Are you organizing a trip of several dozen or hundreds of fans for a match? Seats on commercial flights are scarce. We bring you the desired capacity aboard a charter plane so you can experience an unforgettable moment! Forget about the problem of having limited flights on scheduled airlines. We can fly to smaller or alternative airports and be on time for the event. Possibilities are endless. We could even provide aircraft livery solutions with the colors of your favorite team. 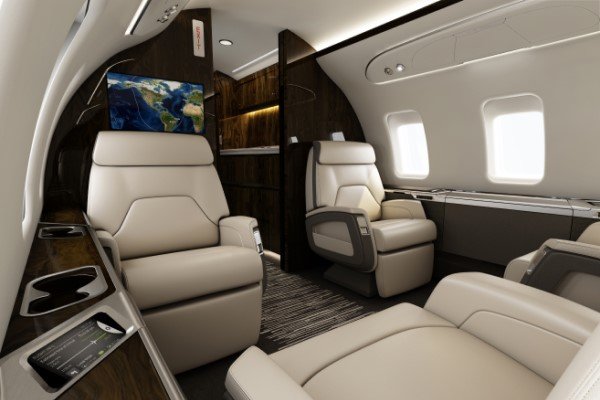 Would you like to attend the match of your choice while enjoying unique flexibility? Our team will find a private jet adapted to your needs in order to land as close as possible to the event while respecting your privacy. A tailor-made flight is the best option for you: your schedule, bespoke service before, during and after the flight, in an exceptional aircraft. 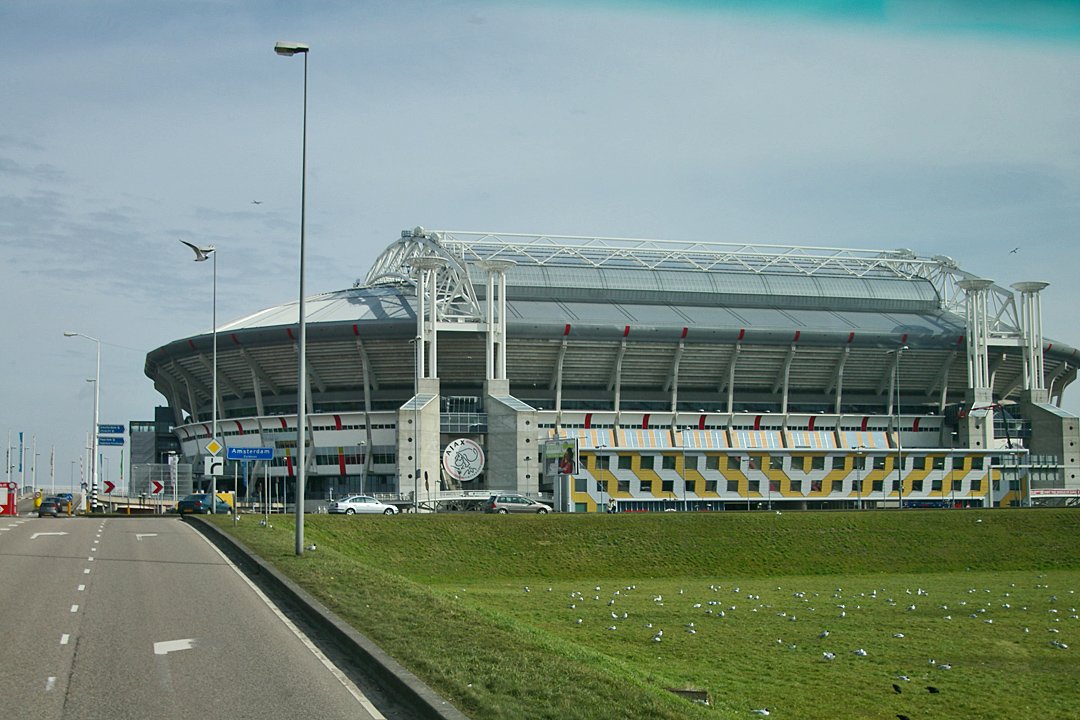 Inaugurated in 2015, the Baku Olympic Stadium is the largest stadium in Azerbaijan with 68,700 seats. In recent years, the stadium has also hosted the 2015 European Games and the 2019 UEFA Europa League final. During Euro 2020, the Olympic Stadium in Baku will host group A matches and a quarter-final. It takes just 12 minutes and a little over 15 km by car from Baku's Heydar Aliyev airport to reach the Olympic Stadium. 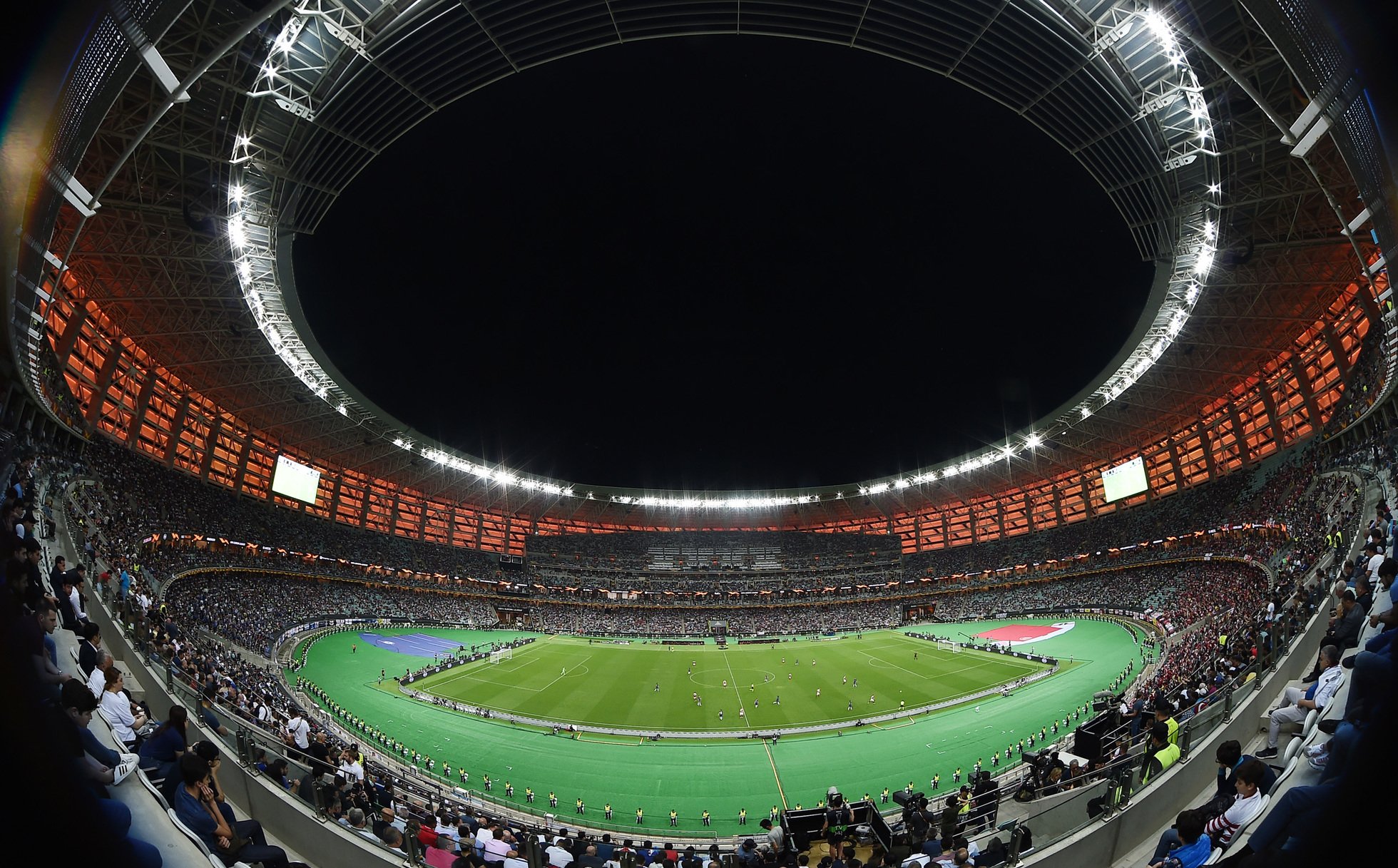 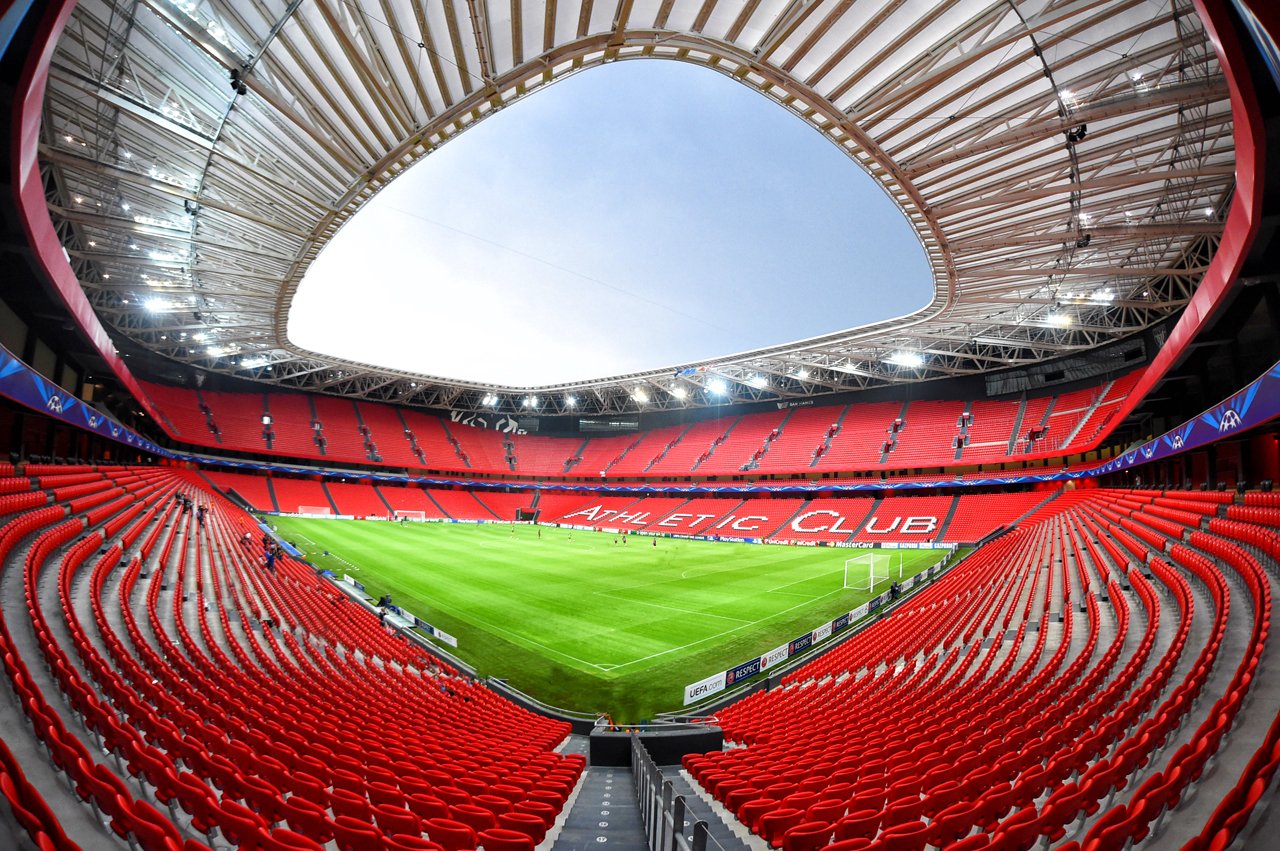 Inaugurated in 2013, Bilbao's San Mamés stadium has 53,289 seats. It has been the host of Athletic Bilbao for more than 100 years. During the Euro 2020, the San Mamés Stadium of Bilbao will host Group E matches as well as the Round of 16. It will take you 12 minutes and less than 8 km by car from Bilbao airport to get to the San Mamés stadium. Other alternatives such as the airports of San Sebastian, Vitoria, Santander or even Biarritz are also possible. 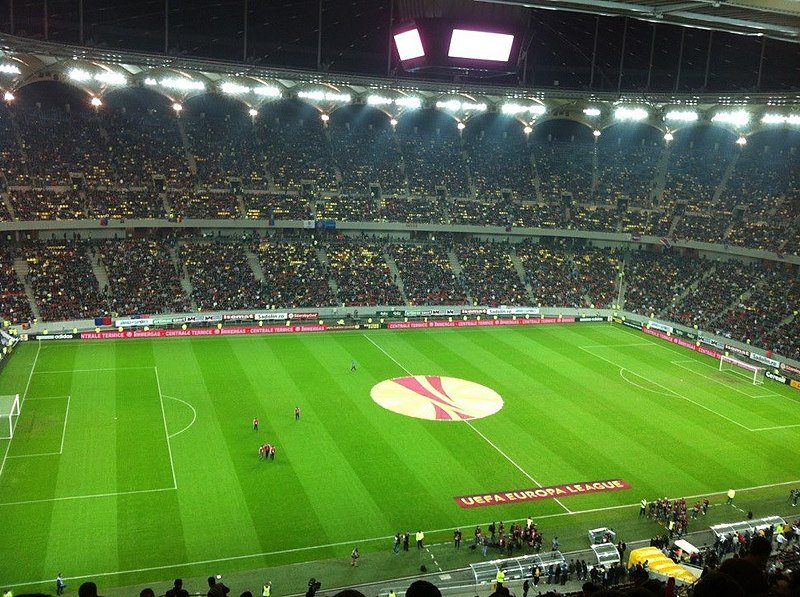 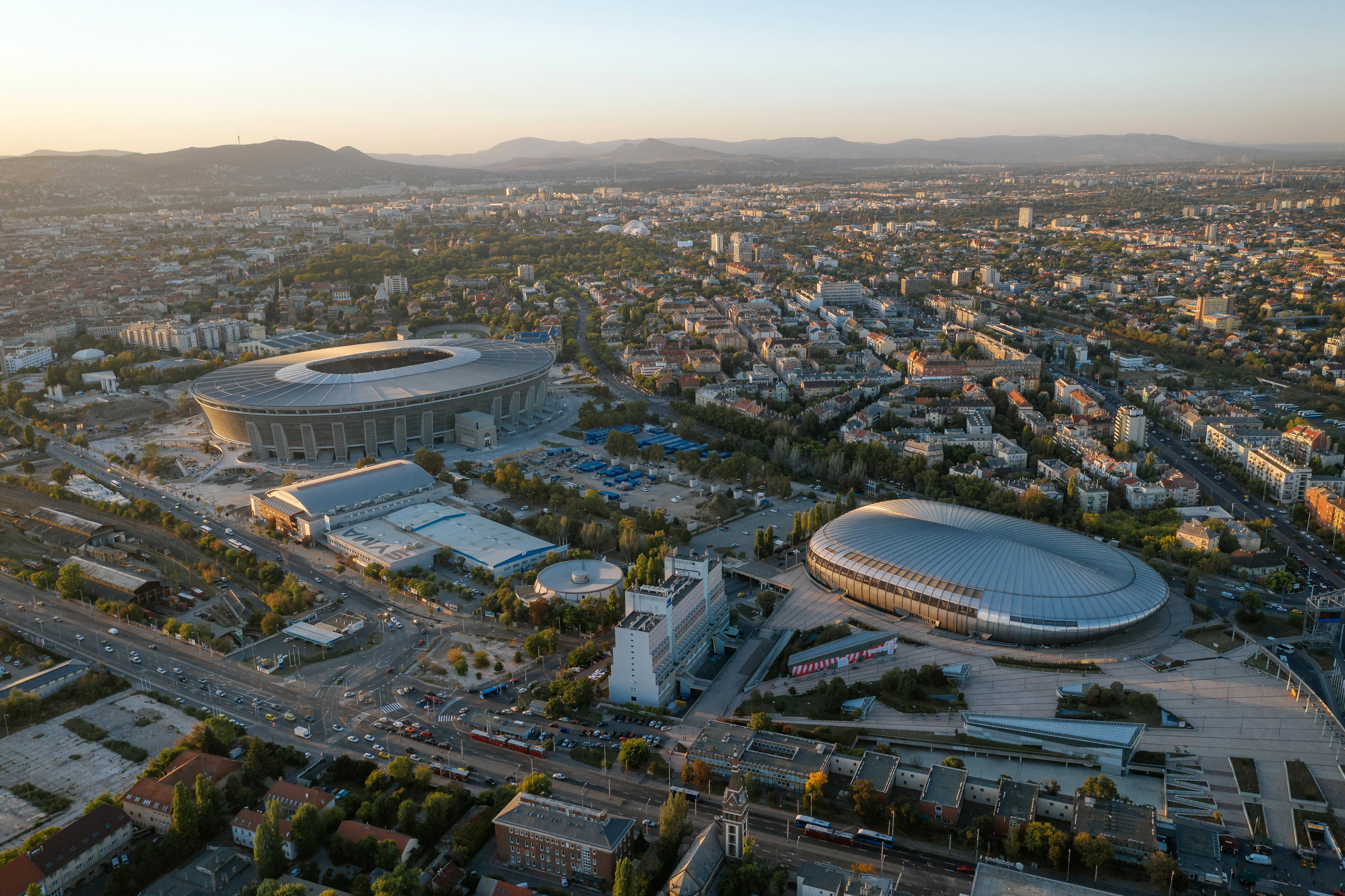 Named in honour of Hungarian football legend Ferenc Puskás, the new Puskás Aréna Stadium in Budapest has 67,889 seats. Inaugurated at the end of 2019, the stadium was built on the same site as the former Ferenc Puskás Stadium. During the Euro 2020, the Puskás Aréna will host Group F matches as well as the Round of 16. It will take you 26 minutes and just under 14 km by car from Budapest's Ferenc Liszt Airport to get to the Puskás Arena. Vienna and Bratislava airports can also provide alternatives to Budapest airport.

Denmark's largest stadium, Copenhagen's Parken Stadium (also known as Telia Parken) has 35,000 seats. In addition to matches of its host team FC Copenhagen, Parken Stadium has also hosted the UEFA Cup final in 2000. During Euro 2020, Parken Stadium will host group B matches as well as the Round of 16. Kastrup airport is 28 minutes or 13.6 km away by car from the stadium. Other alternatives are possible such as Roskilde and Malmö airports. 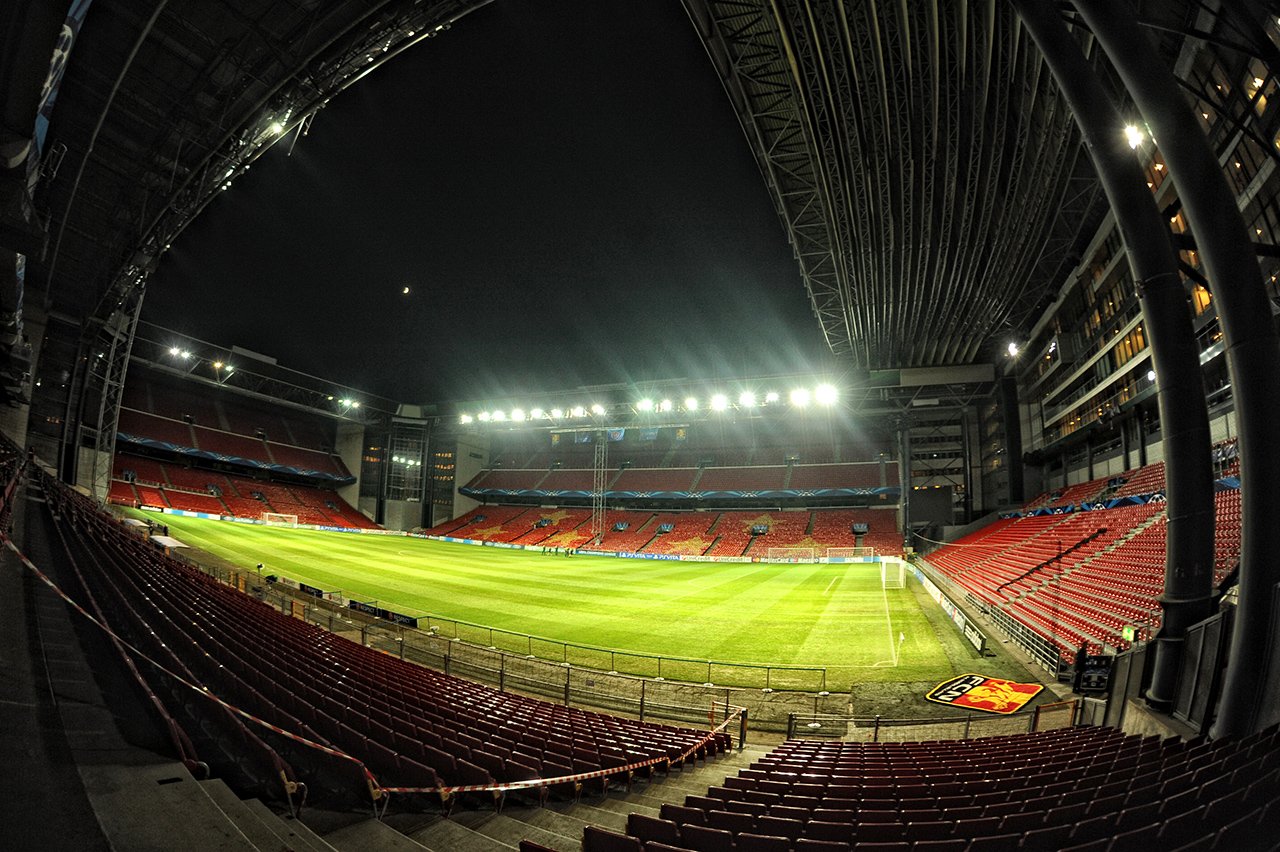 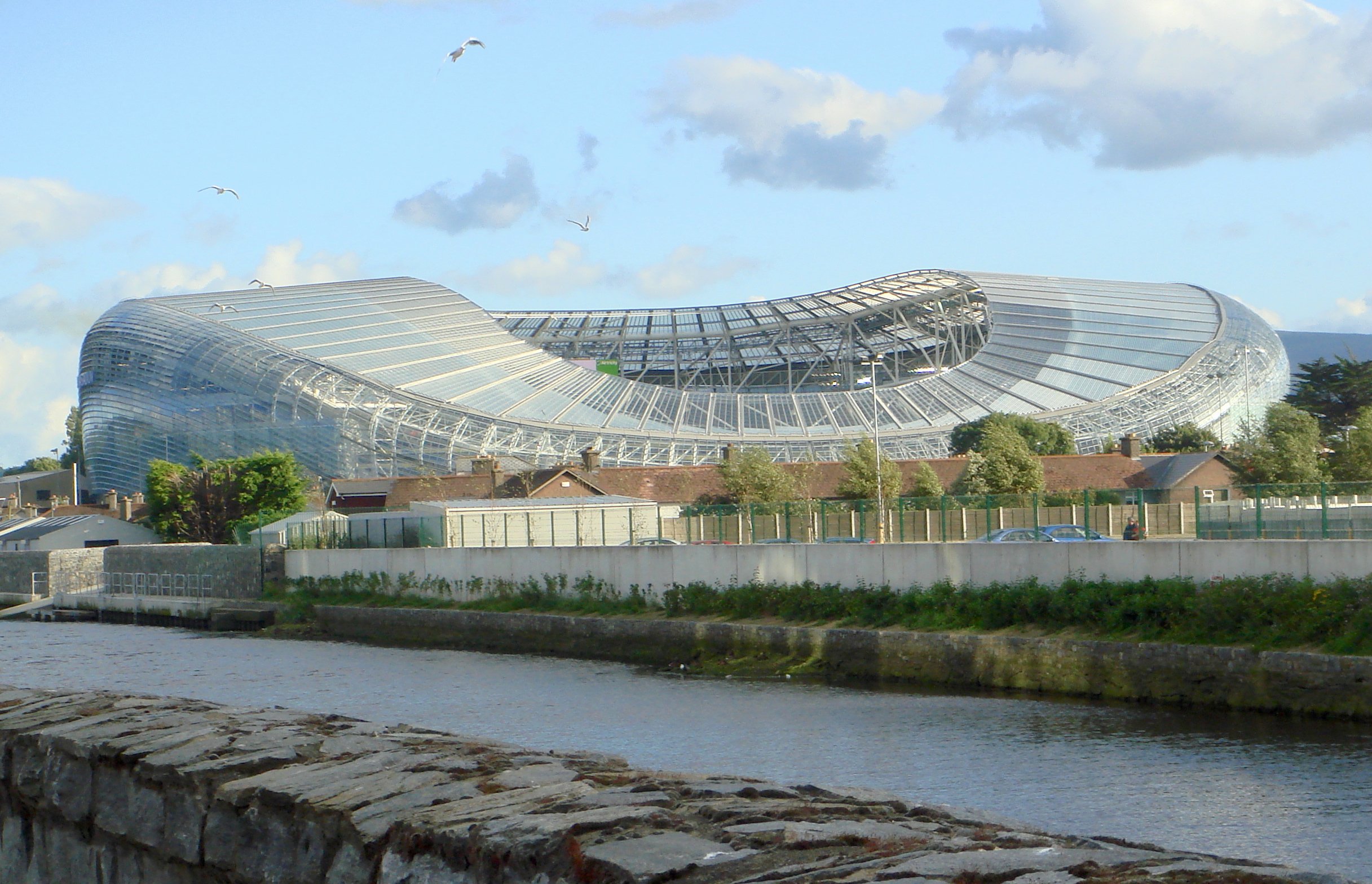 Inaugurated in 2010, Dublin's 51,700-seat Aviva Stadium is equally well used by the Irish national football and rugby teams. Having hosted the UEFA Europa League final in 2011, the Aviva Stadium will host Group E matches as well as a Round of 16 at Euro 2020. It will take you 20 minutes and 15km by car from Dublin Airport to reach the Aviva Stadium.

Having hosted the 2002 Champions League final, the UEFA Cup final in 2007, the football matches of the 2012 Olympic Games and the 2014 Commonwealth Games, Glasgow's Hampden Park with its 52,063 seats is no stranger to hosting major sporting events. During Euro 2020, the "Hampden", as the locals call it, will host Group D matches and a Round of 16. It will take you 20 minutes and 17 km by car from Glasgow International Airport to get to Hampden Park. From Glasgow-Prestwick Airport, it takes 45 minutes by car to reach the stadium. 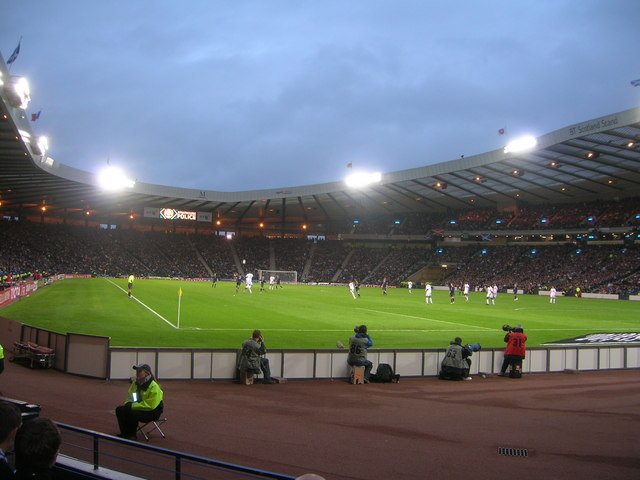 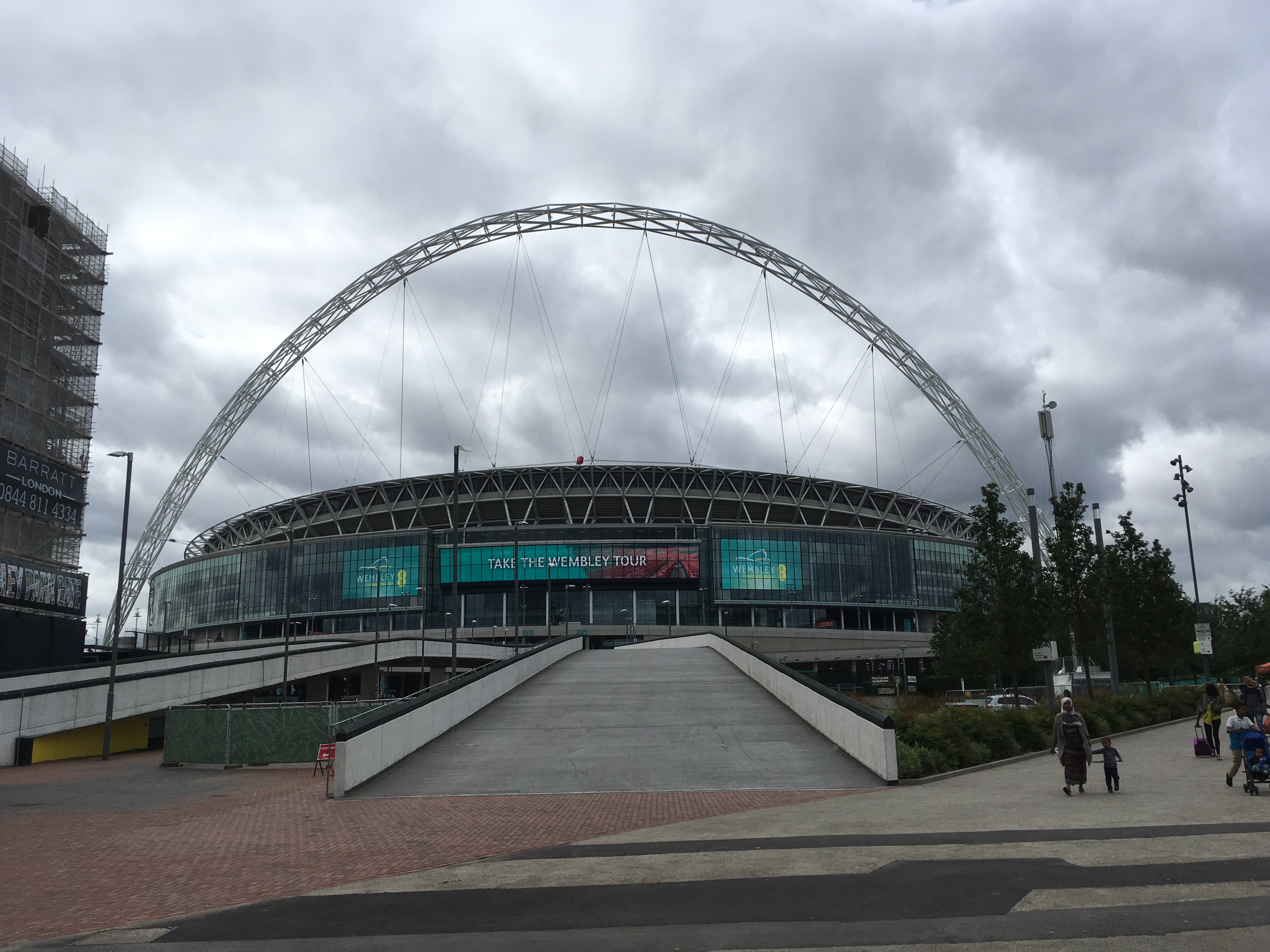 The second largest stadium in Europe with 90,000 seats, London's Wembley Stadium has in the past hosted the final of the 2012 Olympic Games football tournament and the Champions League finals in 2011 and 2013. It also hosts among others the annual FA Cup and FA Community Shield Finals. During the Euro 2020, Wembley Stadium will host Group D matches, as well as a Round of 16, the two semi-finals and the Grand Final of the tournament. There are a number of alternatives for reaching Wembley Stadium such as London Luton airport, Stansted airport, RAF Northolt airport, Farnborough airport, Biggin Hill airport and London-City airport.

The Allianz Arena in Munich is Germany's second largest stadium with 75,000 seats and is a regular fixture at major tournaments. Having hosted matches at the 2006 World Cup and the 2012 Champions League final, the Allianz Arena in Munich will host the matches in Group F, the death squad, at Euro 2020, which promises great football evenings. The stadium will also host a quarter-final. It will take you 21 minutes and about 30 kilometres from Munich's Franz Josef Strauss Airport to reach the Allianz Arena. 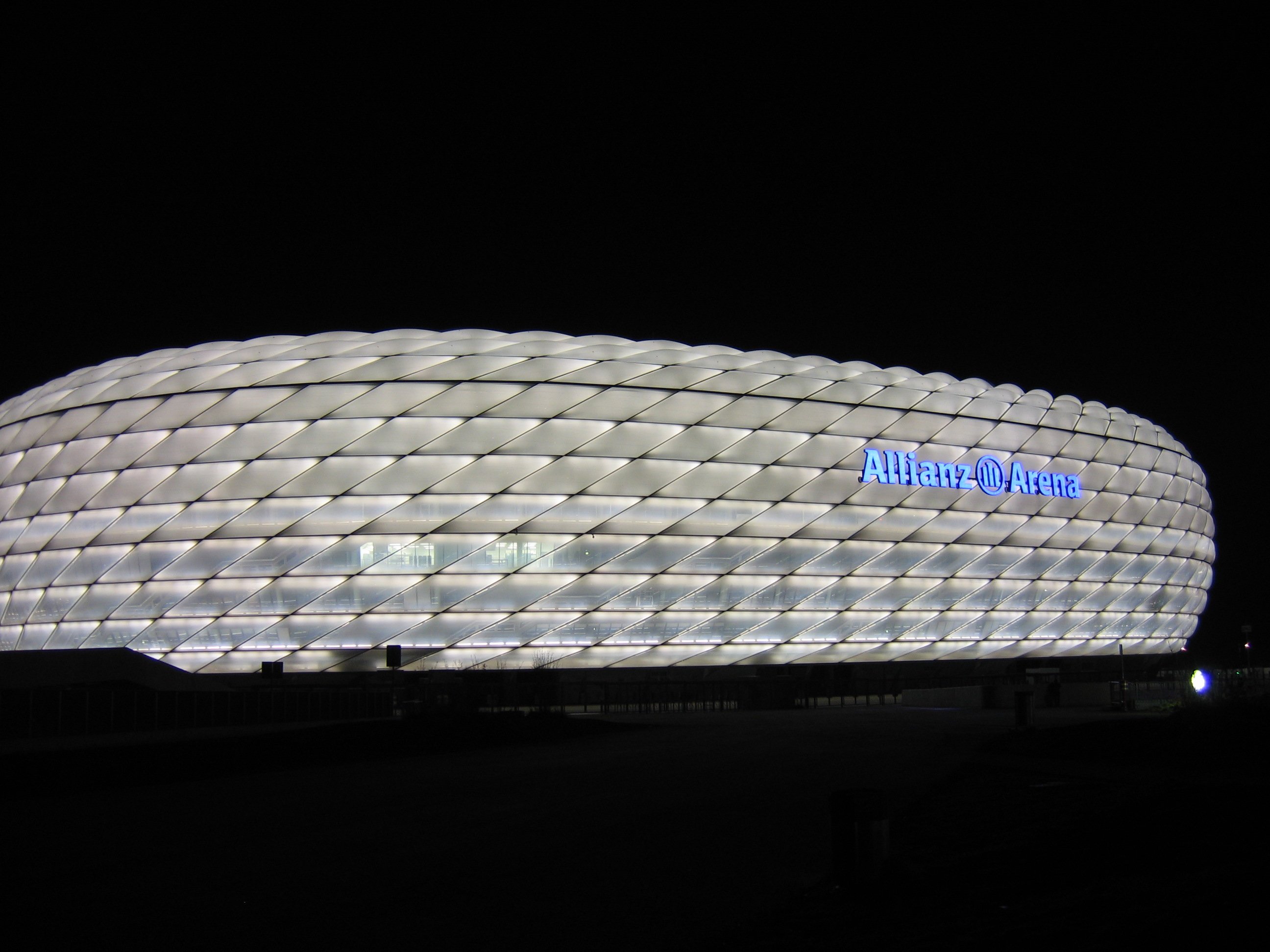 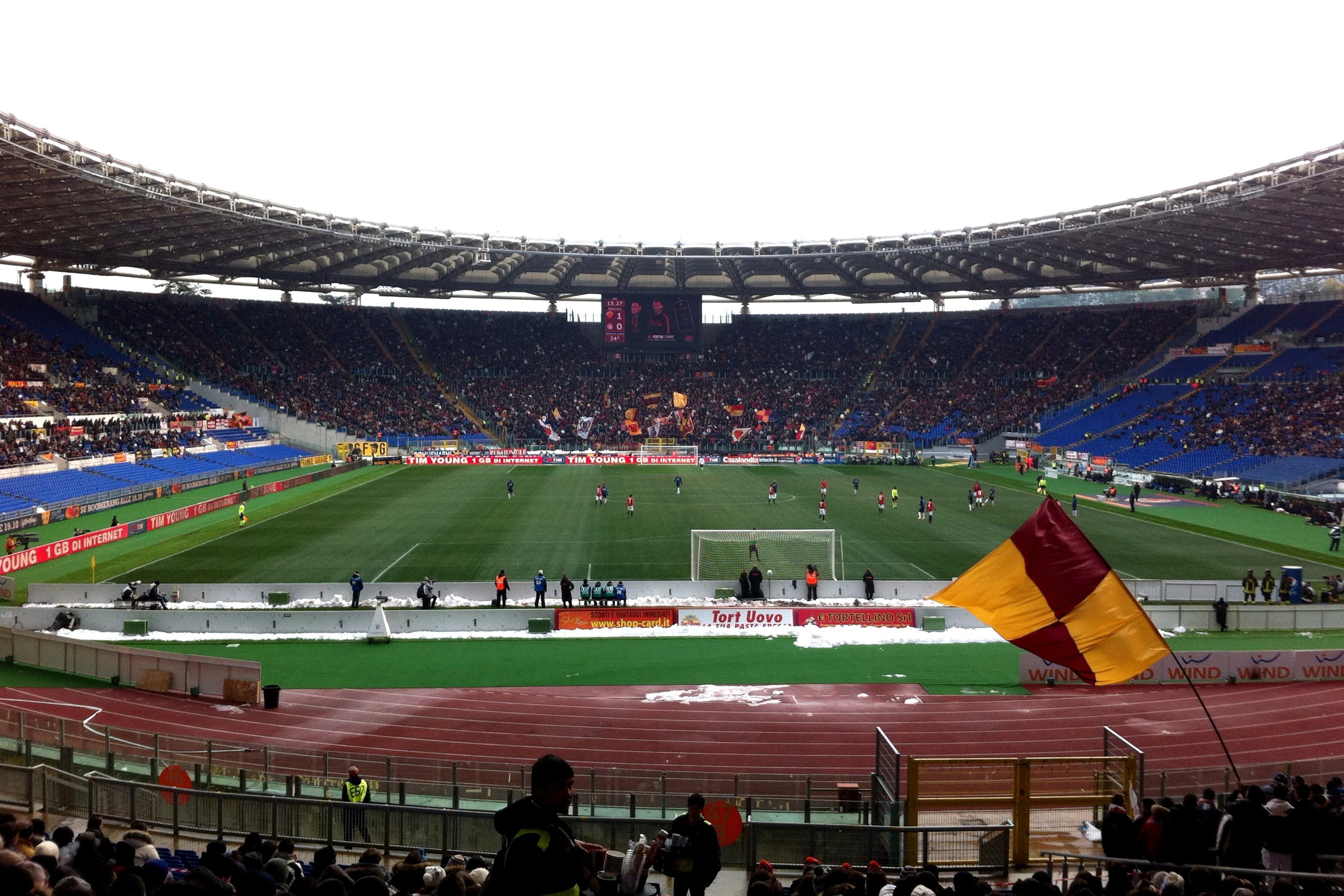 Inaugurated in 1953, Rome's Olympic Stadium or "Stadio Olimpico" in Italian has 72,698 seats. Host to both A. S. Roma and Lazio, the Stadio Olimpico has hosted several major sporting events in the past, including the 1960 Summer Olympics, Euro 1980, the 1990 FIFA World Cup and the Champions League finals in 1977, 1984, 1996 and 2009. During the Euro 2020, Rome's Stadio Olimpico will host Group A matches, including the opening match of the competition, as well as a quarter-final. It will take you 40 minutes or 48 km by car from Rome-Fiumicino airport to reach Stadio Olimpico. From Ciampino airport it will take 34 minutes or 35 km by car to reach the stadium.