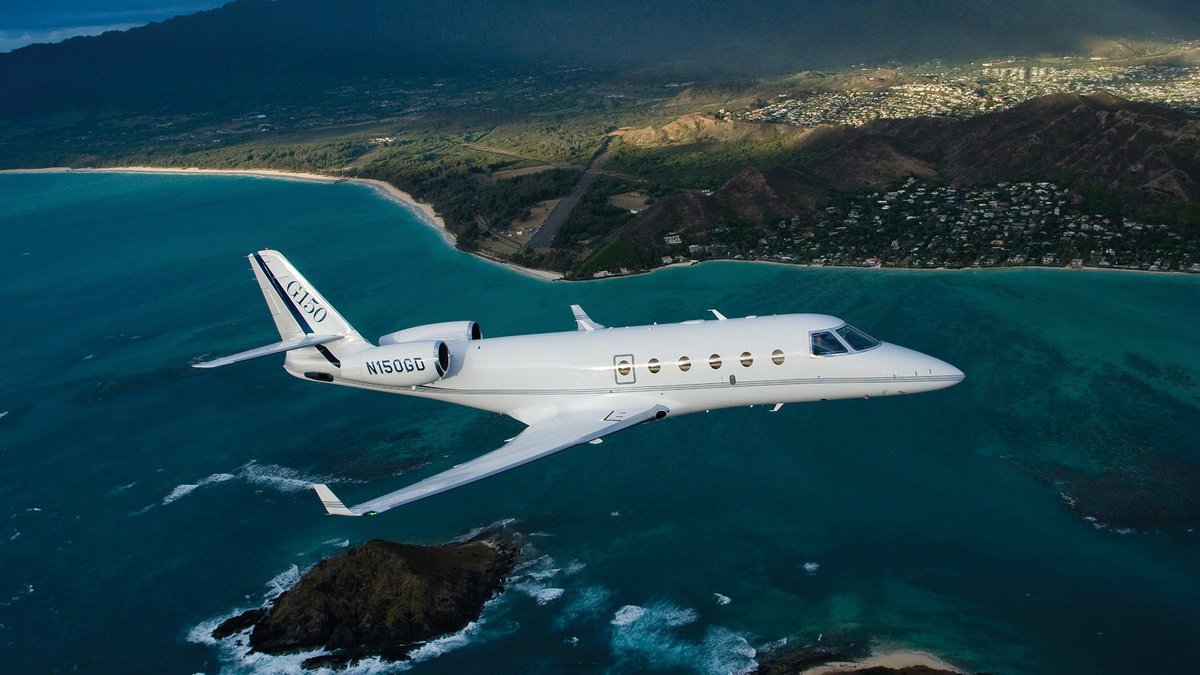 The Gulfstream G150 is a midsize jet manufactured by Gulfstream Aerospace.

The G150 was announced in 2002 and received its FAA certification in late 2005. This aircraft is the new and updated version of the older G100 model, which was discontinued following the certification of the G150. Gulfstream has only sold a bit more than 120 G150s, focusing primarily on the super-midsize and large cabin aircraft markets. Potential G150 buyers are now more likely to go for the G280, a twin-engine business aircraft that seats up to 10 passengers. In 2016, the last G150 was ordered, and delivered in 2017.

The G150 has a range of about 5’500 km and will fly direct from London to Moscow or coast to coast in the USA. You can find 3 interior configurations: The Executive configuration has a front club section and two chairs in the aft cabin; the Universal configuration has a chair on the right, a divan on the left, and a four-seat club area in the back; and the Hallmark configuration is simply a Universal with two chairs on the right. This business jet features Rockwell Collins Pro Line 21 avionics, as well as a single integrated flight information system. The cabin presents all the advantages of the larger models of the family, namely wide and comfortable seats that can transition into beds for night flights as well as the distinct oval Gulfstream windows that fill the interior with light.

The G150 can seat up to 8 people in its comfortable cabin. 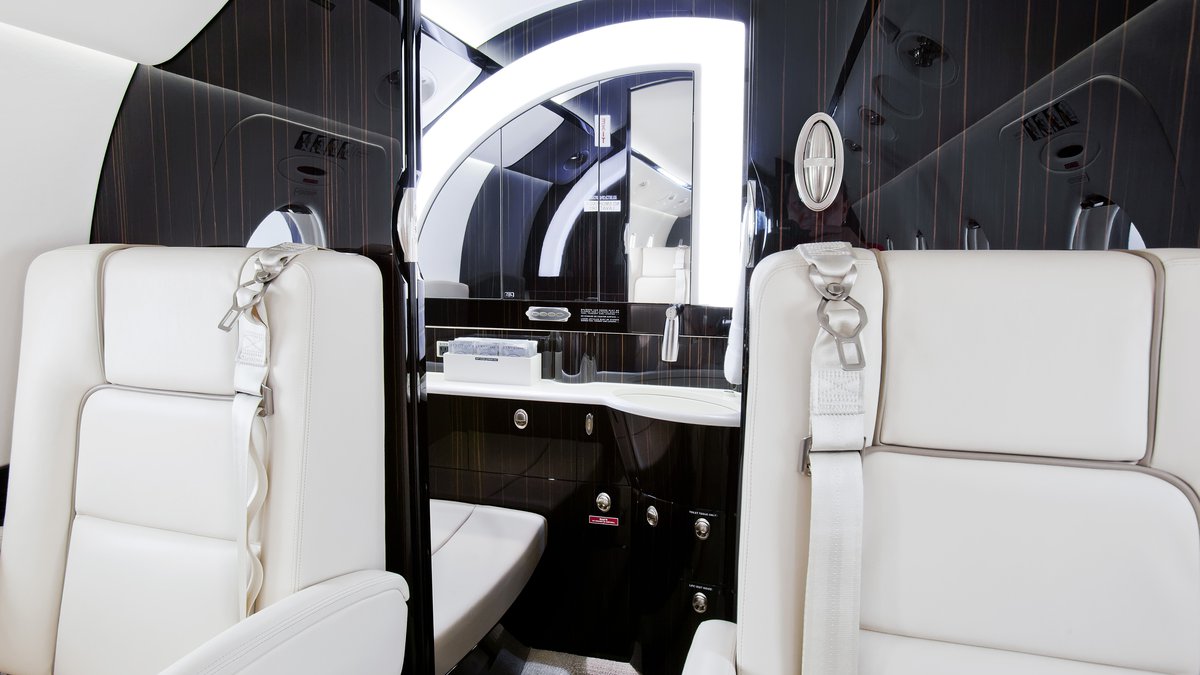 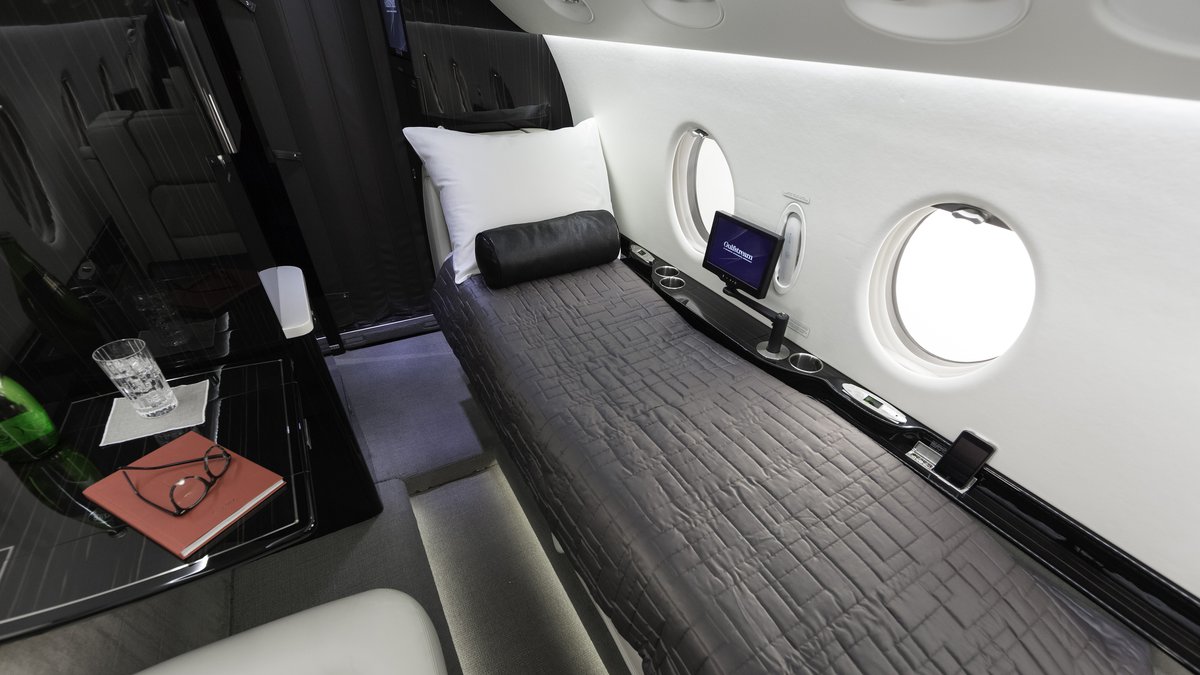 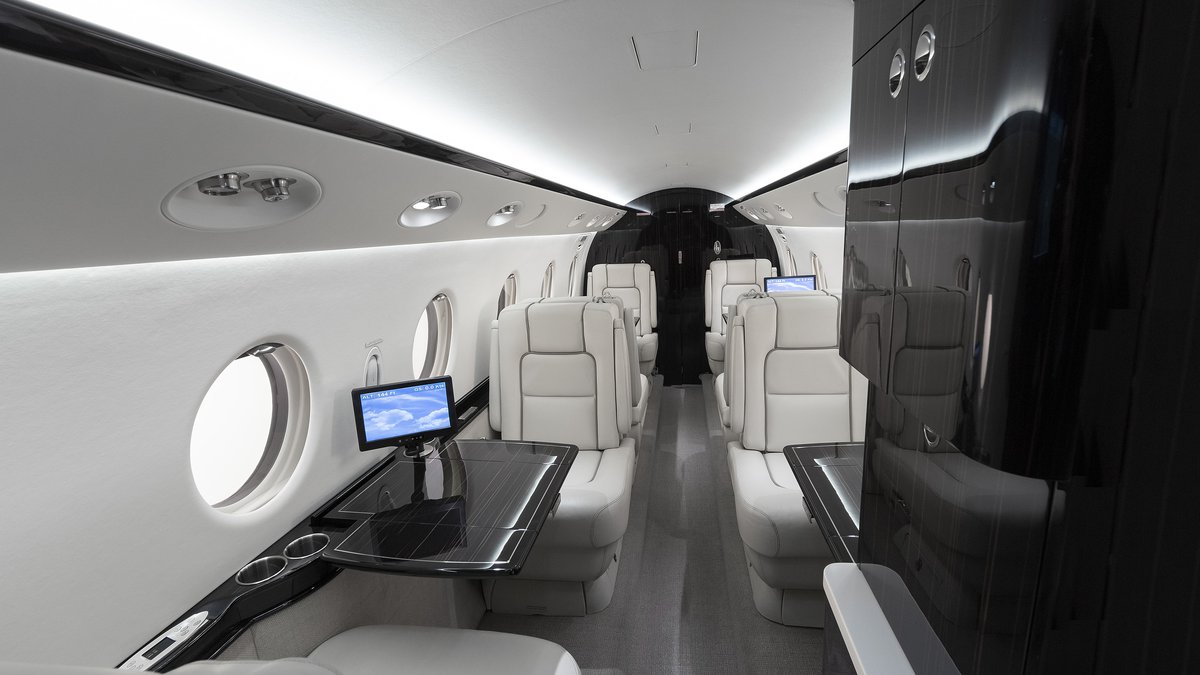