The Bombardier Learjet 75 is a light jet built by Bombardier.

Bombardier Learjet 75 had its maiden flight in 2011 and received its type certification from the FAA in 2013. Bombardier Learjet 75 is the replacement of the older model, Learjet 45. Although the fuselage is identical and the exterior of the aircraft is similar, it underwent major modifications to improve the range as well as performance. The Learjet model will cease production by the end of 2021. The year 2020 being one of the most difficult years for the Bombardier group. They decided to focus on their Global and Challenger series, positioned on an aircraft segment with better margins and less competition than the light jet market.

Bombardier Learjet 75 has a range of 3’778m and a partial transcontinental capability, and can connect Las Vegas and Orlando or Portland and Detroit. In order to improve efficiency, the Learjet 75 features changes such as new winglets as opposed to the old model, Learjet 45. The winglets are borrowed from the Global 7500/8000 design. The aircraft has the Garmin G5000 Vision flight deck and Honeywell turbofans.The comfortable cabin is refitted with top-notch technology including touch-screens and Ethernet backbone. With this new addition to the fleet, Bombardier is definitely consolidating its position in the Super Light Jets market.

The cabin with a comfortable and modern interior can seat 6 or 8 passengers and is highly customizable depending on the travelers’ needs. One of the Learjet 75 famous cabin configurations is the double club (two groups of four seats in facing pairs). 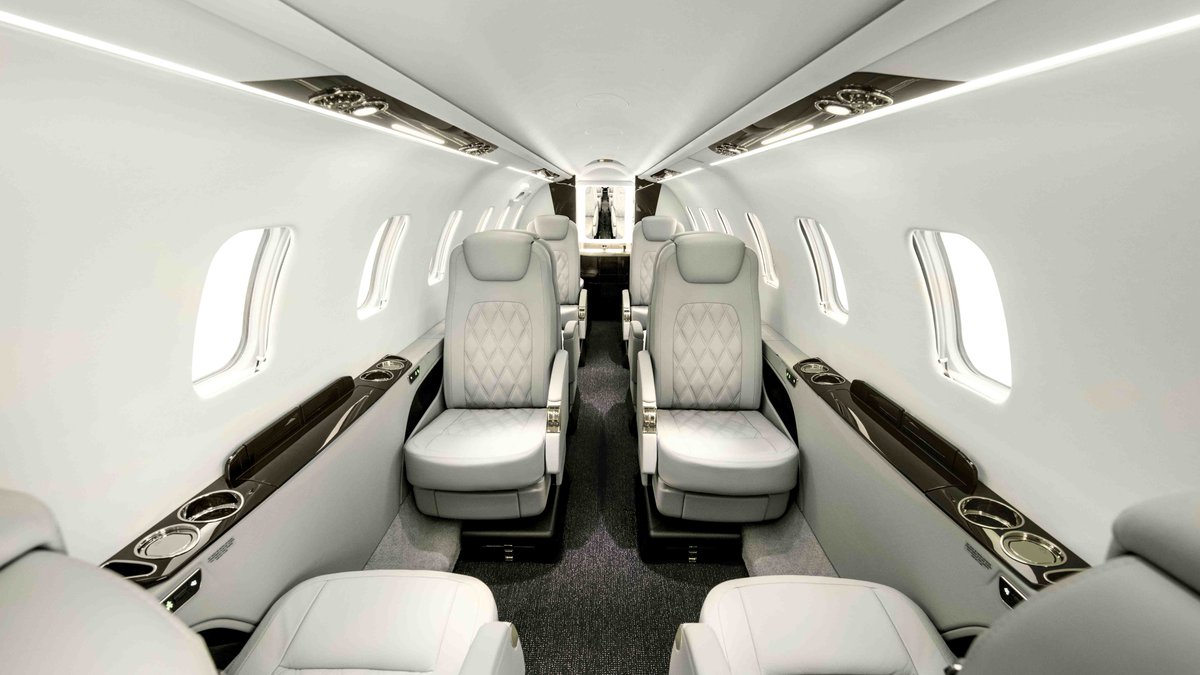