The Bombardier Learjet 70 is a light jet built by Bombardier.

Bombardier Learjet 70 entered service in 2013 and officially received its EASA certification in 2014. Bombardier Learjet 70 is the replacement of the older model, Learjet 40. Although the fuselage is identical and the exterior of the aircraft is similar, it underwent major modifications to improve the range as well as performance thanks to its two Honeywell TFE731-40BR engines and upgraded winglets.

Bombardier Learjet 70 has a range of 3’815km and will directly fly you from Baku to Bern or from Denver to Nassau. This is approximately 500 more km than the Learjet 40. In order to improve efficiency, the Learjet 70 features changes such as new winglets as opposed to the old model, Learjet 40XR. It also has a hydraulic system, built with advanced materials, as well as an easy-to-maintain ice protection system. The avionics system chosen for the Learjet 70 is the Garmin G5000, with the avionics system featuring three high-resolution 14-inch widescreen displays as well as a synthetic vision system. A reduction of about 5% fuel consumption translates into an extended range and lower operating costs. The comfortable cabin was refitted at the time with top-notch technology including touch-screens and Ethernet backbone. The flight deck features paperless capabilities as all important documents can be downloaded and displayed on screen.

The cabin with a modern interior can seat up to 6 people, but a seventh passenger could be accommodated. The typical seat configuration includes a club-4 and 2 seats facing forward, with built-in storage available in the cabin. 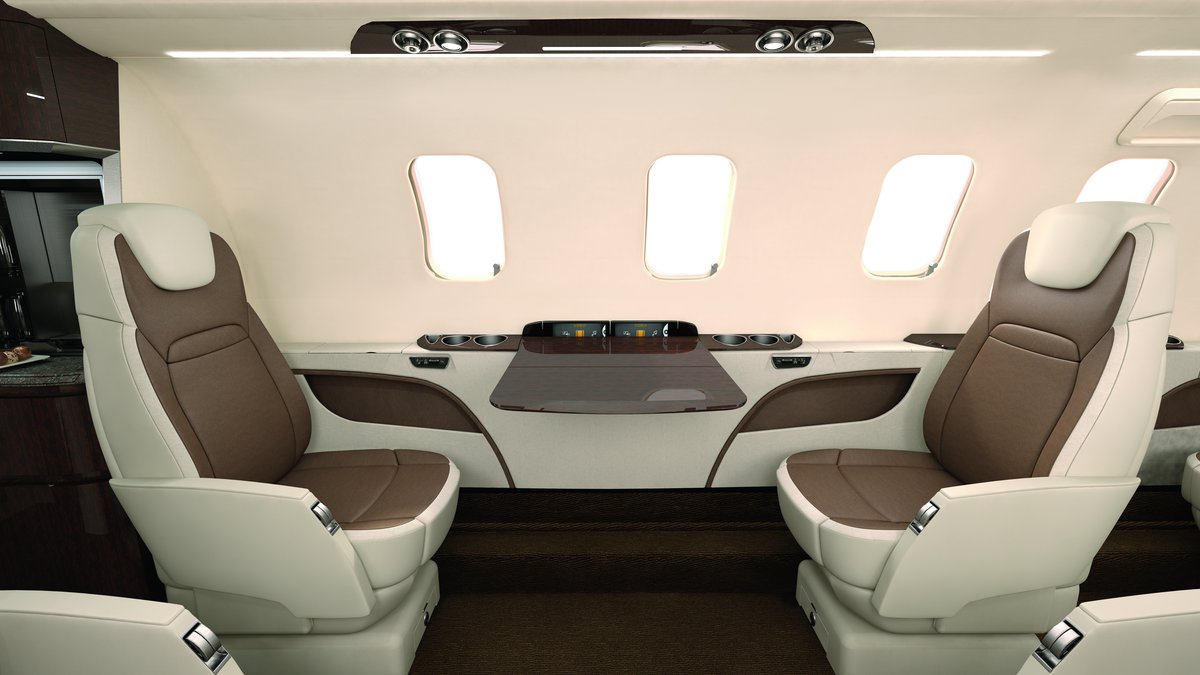